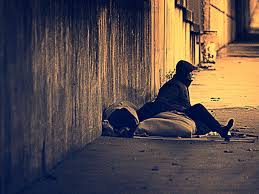 In New York City, if you are homeless, you are entitled by law to be housed by the City, no matter where you are from, even if it is outside the country. This situation has led to a phenomenon wherein many people, as much as 25% of the estimated 48,500 living in shelters in the city, are not native New Yorkers.

In a recent series of fierce articles published in the New York Post, this strange and costly situation was described and critiqued, prompting Mayor Michael Bloomberg to weigh in critically on this thirty-year old policy.

“What is truly ludicrous is a system that allows people from across the country and the world to take advantage like this,” Bloomberg said.  “Until we are able to ask basic, common-sense screening questions, taxpayer dollars will continue to be diverted from those who truly need it.”

The Post articles mentioned “Polish freeloader, Michal Jablonowski, who gushed about free food, phone and medical care he gets at a shelter on The Bowery.”

So if the mayor is not happy with the status quo, why doesn’t he just change it? That is because of a landmark lawsuit which was settled by consent decree in 1981 which required that New York City provide shelter to everyone who asks for it. Questions cannot be asked.

“Callahan v. Carey became a legal landmark,” Joel Blau writes in his book The Visible Poor: Homelessness in the United States.  “Robert Callahan was an Irish short-order cook who had lost his job four years earlier, been evicted from his apartment, drunk too much and ended up on the Bowery.  Together with two other homeless men…(Callahan) represented the category of all homeless men in this legal action.”

When the lawsuit was filed at the end of the 70s The Bowery was home to many of the city’s thousands of homeless men, only about 10 percent of which sought shelter, even on the coldest of winter nights. A large percentage of these men were mentally disabled, and the shelters were not considered safe places to go.

Homeless advocates were thrilled when the lawsuit was settled and New York, city and state, was required to find shelter for all those requesting it, no questions asked.

As a result of the outcome of the lawsuit Hayes was called “crusader” by the New York Times in 1987. He helped found the Coalition for the Homeless during the early 80s, an organization that still works on behalf of the homeless.

According to the CFH: “The landmark victory in the 1979 lawsuit Callahan v. Carey paved the way for further legal victories that ensured the right to shelter for homeless men, women, children, and families in New York City.”

Bloomberg believes, along with the New York Post, that New York does not have the resources to house every person seeking shelter, no matter where they come from or what their situation is. With a fragile economy, overworked budget, and an upcoming election, fighting this apparent excess could ring true with overtaxed, worried voters.